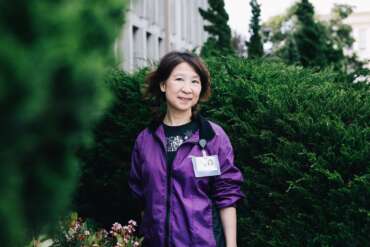 Recently Dr. Alister Martin faced his patient, a Hispanic man who spoke no English, and broke the news that he would have to be intubated. Struggling to keep his voice calm, Dr. Martin, of Massachusetts General Hospital in Boston, suggested that the man call his wife. And he told the patient, a bus driver and a father of three, that he should give her his love and say goodbye, just in case.

This exchange is now part of the fabric of Dr. Martin’s daily routine, but it never gets easier. Making it all the more difficult is that each piece of information is repeated at least twice: Most of Dr. Martin’s Covid-19 patients don’t speak English, so he communicates through a language interpreter on the phone.

Because personal protective equipment is in short supply in hospitals across the country, few clinical interpreters are able to work in person with Covid-19 patients, as they normally would. Most language interpretation is done remotely. Communicating through an interpreter doubles or triples the length of a medical exchange, adding new confusion and anxiety to situations that are already stressful for patients and their families. And the conditions of Covid-19 care — the rapid pace at which cases evolve, the desire of hospital workers to limit the duration of their exposure to patients — create numerous obstacles to effective interpretation.

“We are seeing an overall degradation in the quality of care given to patients who don’t speak English as their first language,” Dr. Martin said.

Dr. Martin said the coronavirus outbreak has multiplied the logistical barriers for medical interpretation. The hospital rooms are loud, filled with buzzing oxygen tanks and urgent staff conversations. Everyone is masked, their voices muffled. Medical workers are trying to stay six feet away from their patients whenever possible.

“Someone’s oxygen can be dropping and I have to get an interpreter on the phone, wait on hold, put in an access code, tell them where I am,” Dr. Martin said. “It’s hard for the patient. Imagine you’re in a loud room with a mask blowing oxygen in your face at 15 liters a minute and you feel crummy. You can’t comprehend things as much.”

Typically, he explains to patients the precise medical process before intubation and instructs them to think of their happiest memories, what he calls “the vacation before sedation.” With an interpreter on the phone, he and his team are pressed to use their words more sparingly.

Interpreters, too, say, that their quality of work suffers when they communicate with patients remotely instead of in person and can’t use body language or read facial expressions. “Little things like a tap on the shoulder or holding the patient’s hand usually makes a big difference,” said Cinderella Lee, a Cantonese interpreter for Sutter Health in San Francisco.

Ms. Lee said that under normal circumstances, patients who aren’t English-language proficient have family members help with translation and serve as advocates. But because hospitals have barred visitors, patients are on their own. Some patients Ms. Lee works with are elderly and “don’t understand why their loved ones don’t visit them,” she said.

David Velasquez, a medical student at Harvard, said he has often been called on to translate for Spanish-speaking patients while on clinical rotations. Having witnessed lapses in communication with patients who are not proficient in English, he fears for his immigrant family members outside Los Angeles, one of whom has already contracted the new coronavirus.

“Most doctors don’t speak their language,” Mr. Velasquez said. “I’d worry about the discharge process. It’s one thing letting them know what they have to do in the hospital. But it’s another thing to educate patients on precautions to take after leaving, and how to protect their loved ones.” 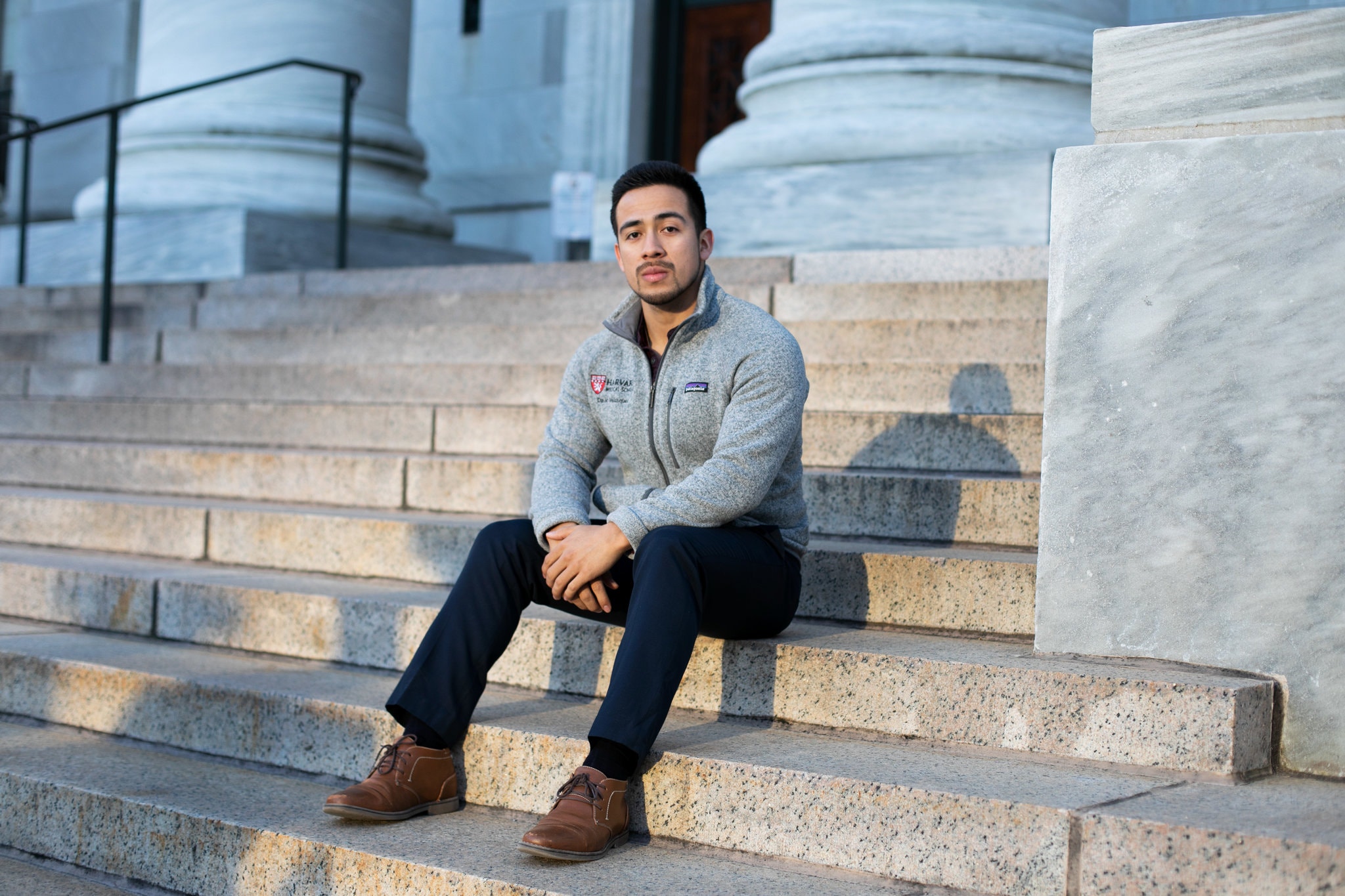 David Velasquez, a medical student at Harvard University who is often called on to translate while on clinical rotations.Kayana Szymczak for The New York Times

The challenges in treating Covid-19 patients who are not English-proficient are especially troubling to physicians because of the disproportionate hospitalization rates for blacks and Hispanics.

Hispanics make up 34 percent of the coronavirus deaths in New York City, according to data released by the city last week, but just 29 percent of the city’s population. City leaders have suggested that this partly reflected Hispanic overrepresentation among essential workers; a study from the city comptroller found that minorities make up 75 percent of the front-line work force, including grocery clerks and janitors.

Massachusetts has released only limited racial and ethnic data on the virus, but large clusters of infection have been reported in immigrant-heavy Chelsea and in Boston’s predominantly black, Latino and immigrant communities, including in Hyde Park and Mattapan. Roughly 40 percent of Covid-19 inpatients at Massachusetts General Hospital are Hispanic, according to hospital officials, 80 percent of whom are primarily Spanish-speaking.

“This has become a black and brown epidemic across the country,” said Dr. Joseph Betancourt, chief equity and inclusion officer at the hospital. “That’s all the more reason we have to pay attention to language.”

At Cambridge Health Alliance in Massachusetts, nearly half of the 126,000 patients in its primary care system have limited English proficiency. The Alliance has 100 staff interpreters who usually work in its emergency rooms and community clinics. Vonessa Costa, director of multicultural affairs and patient services, said that roughly 99 percent of the interpreting work is now remote, with the interpreting staff fielding upward of 1,300 calls per day.

Those circumstances place tremendous stress on the medical interpreters, Ms. Costa said, especially those who live in Boston’s immigrant communities hard-hit by the outbreak. Last week, she heard from a distraught interpreter who had just spent 45 minutes on the phone helping a young Spanish-speaking woman communicate with hospital staff about two critically ill family members, her partner and her mother.

“There is a trauma in interpreting trauma,” Ms. Costa said. “Quite a few interpreters in our department have family members who have been hospitalized too. They’re shell shocked by the situations they’ve had to interpret and the devastation in their communities.”

Dr. Jorge Rodriguez, a physician at Brigham and Women’s Hospital, said that the coronavirus pandemic is exposing, and exacerbating, a pre-existing condition in the country’s health system: disparities in care for non-English-speaking patients. A 2015 study from the Joint Commission showed that patients with limited English proficiency experienced adverse health outcomes at markedly higher rates than English speakers.

Some medical institutions have already begun to rethink their interpreting services amid the coronavirus outbreak. Dr. Betancourt said that in the last month Mass General has created a registry of front-line staff members who speak multiple languages. The hospital now aims to assign a Spanish-speaking doctor to each medical team whenever possible, so that patients can rely on their physicians to interpret rather than having to use remote services.

Ms. Costa said that Cambridge Health Alliance has identified all patients who require in-person rather than remote interpretation, such as individuals who are hard of hearing and do not use American Sign Language, and has allocated personal protective equipment for their on-site interpreters. The health care provider has begun offering discharge instructions in Arabic, Nepali and other languages, expanding beyond the Spanish, Portuguese and Haitian Creole translations already on offer. And they are considering distributing microphones to patients when necessary to amplify their words for interpreters.

But as Ms. Costa’s organization races to better its interpreting services, she worries about the millions more patients across the country who are non-English-proficient and struggling to access care. “A pandemic is not the time to build working systems,” she said. 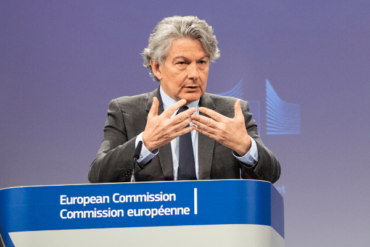